It's difficult to define exactly what the GETME! collective is, but they certainly do a lot, and have been since 2006. Over seven years they've released music, made mixes, sold custom-designed tees, interviewed artists, helped put zines together and – last but not least – put on loads of events around London.

For their upcoming seventh birthday they're throwing a special party in Hackney Wick next Friday 21st February with resident GET ME! DJ's and featuring Warp group Darkstar, Hoya:Hoya noisemakers Jon K and Illum Sphere – whose new LP 'Ghosts Of Then and Now' is currently our album of the week – plus a suprise special guest you'll have to turn up to find out. In anticipation of the big night the crew's own Lixo has made us a mix that bridges the gap between house and grime and should give you a great taste of what to expect. A tracks played in the mix are listed below and you can find full details of the GETME! 7th Birthday Party here. 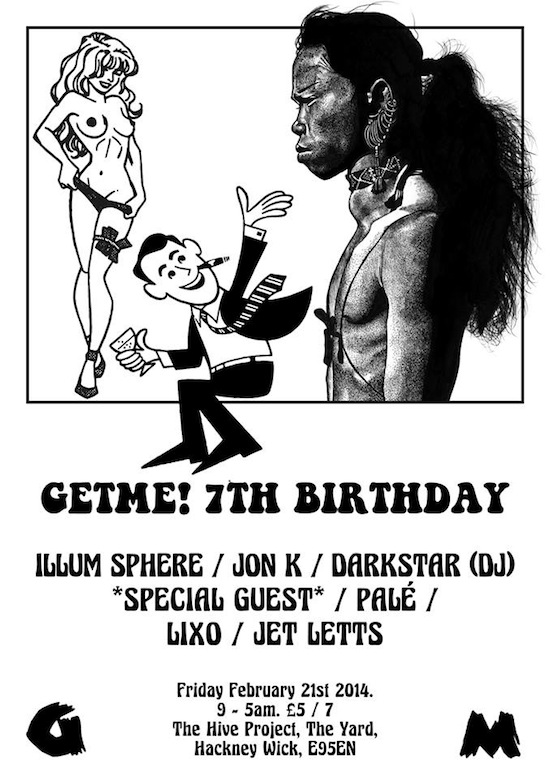